In Our Shoes: A Physician’s Take on Virtual Shadowing and Medical School Applications 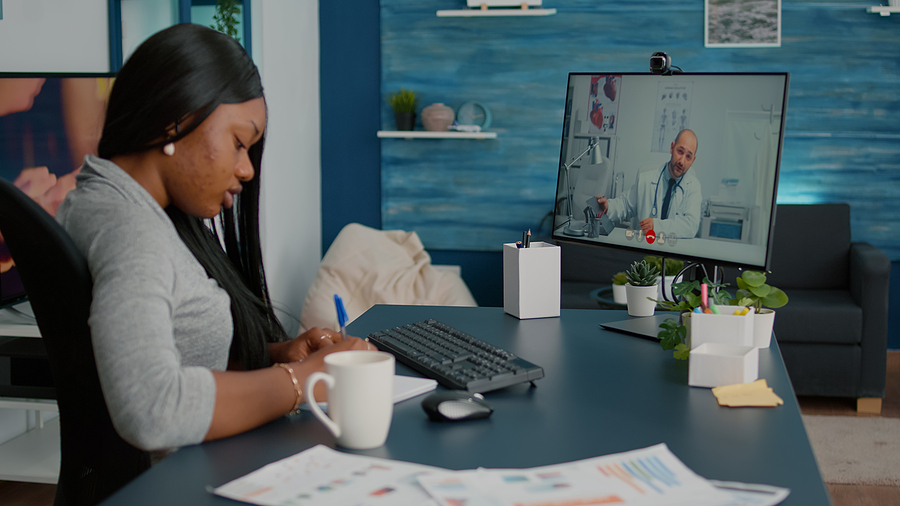 The pre-med path often seems less like a path and more like a smooth-faced, dastardly vertical cliff to climb. Which foothold should we pre-meds choose? How many should we choose in order to stay latched onto the unruly rock? While we all latched onto the plethora of virtual shadowing and clinical opportunities that popped up during the pandemic, is it time to let go?

In Our Shoes: A Physician’s Take on Virtual Shadowing and Medical School Applications

In this interview, Dr. Christopher Behringer surmises how he would have approached shadowing requirements and medical school applications had he been a pre-med right now. Dr. Behringer also discusses the exciting new ways he and the HEAL Clinical Education Network are working to make the pre-med, medical school, and residency paths more integrated than ever before!

Would you have opted for virtual shadowing had you been a pre-med right now?

Absolutely. My story as a pre-med is a little interesting in that I kind of chose to go to medical school as a last-minute thing. Shadowing requirements were like a hoop to jump through.

A lot of times, traditional shadowing can be very non-interactive; you're just kind of standing there. As a doctor now, I see three to four patients an hour. I don't have time to really sit down and talk about ‘Why am I thinking this? What am I doing?’ with someone who is at the undergraduate level.

So, being able to sit with a provider for an hour and learn not just about a disease, but more importantly the thought process of how a doctor operates, is extremely beneficial. There is still a benefit to being in an office environment, but I think there is significant value in virtual shadowing because you can really say, ‘Do I like thinking this way? Can I be interactive this way?’

Once opportunities to shadow in person started sprouting up again, would you have continued to shadow virtually?

I probably would have mixed the two together. If it was very interactive like at HEAL - in a small-group setting, using the OLD CAARTS sheet - I would have dedicated my time to 60% virtual shadowing and 40% in-person or 70%-30%. The 30% would be to figure out whether I like the clinical environment. You don't need a bunch of hours to know that, but this is something I would have benefited more from.

I would probably just come to the sessions more regularly and try to get involved, such as joining on as an intern. I'm one of the lead educators at HEAL and try to set a standard for the rest of the educators saying: ‘Hey guys, be available for the interns who are helping you out and other pre-meds.’

In that sense, I think virtual shadowing does give you access to providers and educators who are very willing to be mentors. We are actively trying to be mentors. I think that would be the best way to go about it: do more of the shadowing and see how you can get involved with the organization.

How do you imagine medical schools would perceive virtual shadowing?

HEAL has done polls on medical schools with results saying that as long as it is interactive and you can demonstrate that, then it is really beneficial.

I wish now that we had this same interactive component in traditional shadowing as well, so much so that I have been in talks with my alma mater, LECOM, and their medical students will now be teaching at HEAL.

Students enrolled in courses taught by LECOM students may get recommended for an LECOM interview. LECOM sees that there’s value in virtual shadowing because we’re using a very similar teaching style: problem-based learning.

I think that medical schools will be on board once they see that our courses are designed by doctors and accurately reflect a physician’s duties and thought process.

What do you think are the pitfalls of these non-traditional shadowing opportunities? Can they be improved in any way?

I think partnering with LECOM has given HEAL some level of gravitas and credibility. I am now working with the program directors at MillCreek Hospital, which is LECOM affiliated, to get residents involved with HEAL because we are trying to create a program not just for pre-meds, but also for medical students and residents who are interested in becoming attendings and educators.

What is your take on an increasingly virtual medical world? Do you think virtual shadowing can in any way prepare aspiring physicians for something like telemedicine?

I work in a rural environment, and I have patients who drive an hour and a half; sometimes my patients do not want to drive that far. As someone who did almost 10-15 telemedicine visits a day while in residency, I can say that not being able to touch a patient, just having visual or audio-visual cues, multitasking on a computer, talking and coordinating - all of that may actually prepare people for virtual healthcare. There have been studies on this: about 80% of diagnoses or thereabouts can be made based on medical history alone, and the physical exam and lab tests are just confirmatory for your history.

Similarly, during HEAL sessions, we watch the patient video on ReelDx, assess their lab work, and take a history, so we should still be able to diagnose accurately approximately 80% of the time. I also think ReelDx would be a very good tool for physicians to eventually use, residents and medical students as well, because it's an interactive way of presenting patient cases and creating a curriculum for continuing medical education. We should use everything the internet has to offer.

Maham Zulfiqar graduated from the University of Toronto with a double major in Neuroscience and Evolutionary Anthropology. She has finally stopped ricocheting between art and science and hopes to pursue a career in the medical field. Her interests include abstract art, history, reading, and cricket.

Dr. Christopher Behringer is a family medicine physician. He graduated from the Lake Erie College of Osteopathic Medicine in 2018, and recently finished his family medicine residency at Samson Regional Hospital in Clinton, North Carolina. He completed his undergraduate degree at the University of Central Florida with a double major in Micro-Molecular Biology and Biotechnology. Dr. Behringer was born and raised in Saudi Arabia and moved to the United States in 2010. He will begin practicing medicine at the TJ Samson Hospital in Glasgow, Kentucky.

Have any questions about virtual shadowing? Let us know in the comments below, and we’ll respond to you personally!