How to Change a Culture That's Killing Young Doctors 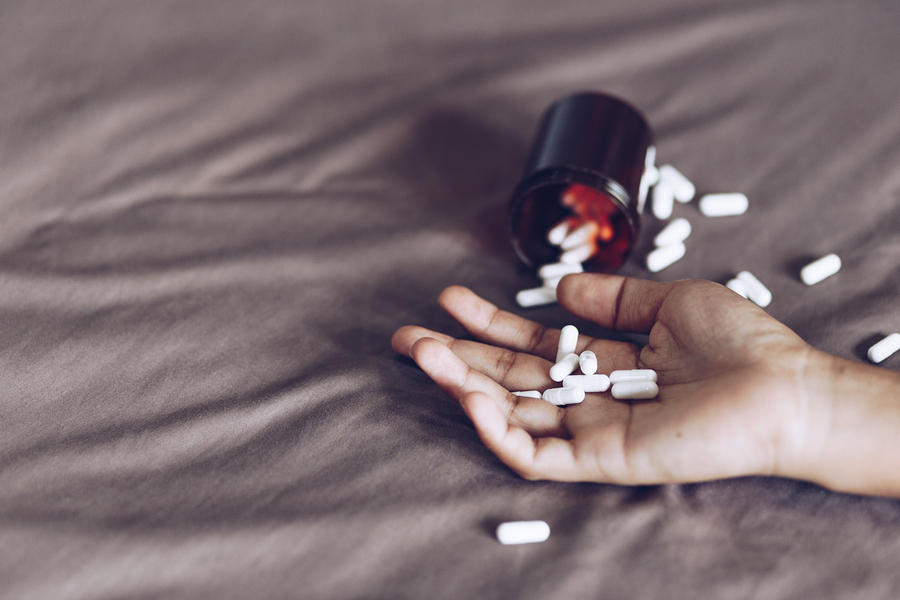 This article contains sensitive material, so read at your discretion. If you or someone you know is struggling with mental health or suicidal thoughts, call this free 24/7 hotline. National Suicide Prevention Lifeline: 1-800-273-8255

Imagine you've just started your new dream job as an anesthesiologist resident. After four years in medical school and a mountain of debt, you're finally getting paid. Now that you're in the thick of the real work of caring for patients, you're nervous about making a mistake, but more than anything, you're feeling excited about finally doing the work you've prepared your entire life for.

And you're finally happy, right?

Chances are the answer is no. A large part of residency is about PIMPing (being Put In My Place). According to the new documentary, Do No Harm, directed by Robyn Symon, PIMPing is a common practice in which attending physicians try to embarrass medical students. If you don't know the right answer to a certain question, they shame you so you don't forget. And they often do this in front of your peers to maximize your embarrassment.

Imagine: what would that do to your self-esteem?  You’ve gotten straight A’s your entire life, and now you’re suddenly inadequate. You're thrown into situations where you're publicly embarrassed for simple mistakes, which - especially given the sleep deprivation - happen often. And somehow older doctors think this is how residency SHOULD be.  What gives?

Do No Harm, scheduled to premiere this month, aims to raise awareness about the culture of medicine that causes pre-meds, medical students, and young doctors to become depressed, isolated, and even suicidal.

Like other forms of hazing, PIMPing has been passed down as a form of tradition. In essence, the mindset is “we dealt with it, so you have to as well.”

What is it about medical school and a medical career that contributes to burnout and suicide?

According to Symon, the quantity of medical knowledge has increased tenfold over the past five years. Through rotations, students are now thrown in with people who live and breathe the specialty, and they’re expected to be competent right away. Plus, the centuries-old system of teaching young doctors to “suck it up” is putting undue pressure on people who already feel like they’re being pushed to the brink.

In 2017, the Leaders of the Accreditation Council for Graduate Medical Education said the work limits for first-year residents, known as interns, needed to be extended to match the 28-hour shifts now allowed for more experienced trainees. They claimed that reducing time spent in the hospital was harming interns’ education.  Seemingly, there’s no end in sight to the mindset of forcing young doctors to work long hours.

As a result of this cutthroat atmosphere, there is often very little camaraderie between medical students, and it essentially boils down to survival of the fittest. Students often become loners who spend the majority of their time studying; they work long hours and are exposed to new levels of sleep deprivation. Medical school debt accumulates and magnifies the sense of uncertainty. Things are tougher than students thought, and there are virtually no outlets or avenues for them to reach out for help.

In medicine, your reputation can mean everything, and one mistake could ruin the rest of your career. This compounds with an atmosphere of terribly long work hours and a high patient volume that sets medical students and doctors up for failure.

In the Archives of Internal Medicine's national survey of 7,300 physicians, 46% reported at least one symptom of burnout, and the overall rate of burnout among physicians was 38%, as opposed to 28% among other US workers.

According to Symon, doctors and medical students are disincentivized from getting help for mental health problems. As a medical student, everything goes on your record towards being a practicing doctor, so students have to be really careful, even when schools offer anonymous counseling. Nothing is truly anonymous.

“If you're subpoenaed and there's a medical error, the lawyers are apt to find out that you’ve been seeing a professional for counseling or mental health issues. Since this information can be subpoenaed, it’s very difficult for medical schools to offer truly anonymous counseling. So if medical students want to seek help, they often need to pay in cash and travel far away from their schools. They don’t have the time or means for that, and so they feel trapped.”

During her interview with The Savvy Pre-med, Symon also shared the sad truth about the loss of innocence that occurs for medical students.

Once people enter medical school, they’re told that they can spend 10-15 minutes with each patient, and if they spend more, they get written up. Medical students can become frustrated with the limitations, especially when they’re dealing with complex cases.

In the clinical environment during training, there’s a prevailing attitude of “shovel them in, shovel them out.” For those who enter the field for the meaningful patient interactions and relationships, it feels like they’re dream is falling apart, as if their aspirations were built on false premises.

Getting through medical school and practicing as a physician are challenging even when you feel motivated. But if the passion wanes due to overly demanding circumstances or an unwieldy system, medicine can feel like an impossible endeavor. You’re sleep deprived, you’re competing with everyone, your every action is scrutinized, and now suddenly, worst of all, you find that you no longer care.

HOW DO WE CHANGE THIS TOXIC CULTURE THAT’S KILLING YOUNG DOCTORS?

According to Symon, one primary goal should be to increase the transparency in the system, which has been known to cover up reports of physician or medical student suicides.  Pre-meds should know what they’re getting themselves into, and her film Do No Harm should help.

Medicine is an old institution that sweeps its problems under the rug. Doctors are not supposed to show weakness, and the profession hasn’t been able to figure out how to address this. Symon believes hopes the internet community, social media, and films like Do No Harm can help facilitate much needed discussions and awareness surrounding the problem.

Symon also discussed the efforts of Stuart Slavin, the former dean of St. Louis University Medical School, who spearheaded changes in the medical school curriculum that were proven to lower student depression and anxiety. The changes consisted of a three-pronged approach (credit to the St. Louis Review):

Like Slavin, Symon believes there are simple, cost-effective ways to improve the system. These solutions don’t require a lot of money or logistical changes - just compassion and commitment. Hopefully these efforts are a sign of good things to come.

Ultimately, Symon believes that the solution begins with the medical students and doctors themselves. In a sense, the system feeds its own problems. In medicine, no one wants to rock the boat or get themselves or anyone else in trouble. This perpetuates the taboos and stigma while also keeping doctors isolated from one another. No one feels safe to speak out or change the culture, without feeling like they’d be “guilty by association.”

Symon’s advice for pre-meds, medical students, and physicians: be compassionate to each other and slow to judge. Instead of putting one’s energy into outdoing the competition, pour that energy into supporting the community and fostering camaraderie. The system is toxic, and all are vulnerable, so look out for each other and try to change the culture by pulling together.

Schedule a screening of Do No Harm.