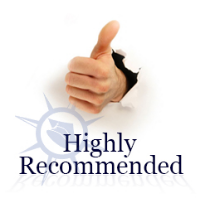 In the last edition of Highly Recommended, you learned about Dale Carnegie’s famous best-seller, How to Win Friends and Influence People (1936), which encourages certain attitudes and behaviors for achieving social aptitude.

But does Carnegie’s advice hold up in the modern era? And if it does, are his steps to winning friends and influencing people even plausible?

According to film director Paul Feig (Bridesmaids, The Heat), the answer is no. In a humorous podcast episode of This American Life, Feig explains how using Carnegie’s book almost ruined his life as a sixth grader in the 1970s:

“I was given a handbook to the human mind that I didn’t want.”

Upon his father’s urgings, Feig read Carnegie’s book and tried to utilize some of its tenets:

Principle 3: Remember and use people’s names.

However, other children at Feig’s school did not react well to these strategies. Feig’s friend, who he normally called Flurry (last name), was quite offput by suddenly being addressed as “David.” Smiling too much and being overly attentive ended up repulsing his female classmates, and he was viewed as creepy rather than confident and assertive.

“Asking too many questions made me some kind of mini-analyst. Showing ‘genuine interest’ made me appear phony and calculating.”

After Feig eventually weaseled his way into winning class president, his father was quite pleased by his “success.” But Feig himself was let down by the results:

“One of the things I hadn't banked on was that as class president, I actually had to do something. I was so not into this.”

Due to his laziness, Feig was ultimately impeached by the members of his class.

So what’s the lesson here?

Don’t radically transform your personality based on something you read in a book. Try to incorporate Carnegie’s lessons - which are time-tested, to be sure - slowly and subtly into your life. Carnegie’s principles need to be executed authentically, but don’t let them turn you into someone you aren’t.

The full podcast episode can be found at This American Life, and as always, it’s highly recommended: http://www.thisamericanlife.org/radio-archives/episode/198/how-to-win-friends-and-influence-people