Seven Deadly Writing Sins That Will Sink Your Personal Statement 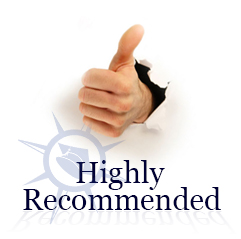 Many would call it a stretch to compare poor grammar to “envy,” “wrath,” “greed,” or any one of the seven deadly sins. It’s true that grammatical errors could result from a writer succumbing to “pride” or “sloth,” but more likely, it’s just ignorance.

Some people say that you’re only committing a sin if you do something that you know is wrong. But whether you’re aware of your infractions or not, the seven deadly writing sins can condemn your writing in the eyes of a savvy reader or grammarian.

Constance Hale, author of the Sin & Syntax blog, offers her Seven Deadly Sins to help writers avoid these pitfalls and (hopefully) exorcise them for good:

“All of us commit these sins-it’s hard not to when we keep hearing the wrong thing. But let a red flag pop up every time you use one of these terms. Stop and walk through the grammar. Then relax and have fun writing.”

This mistake stems from a misunderstanding between possessive words and contractions.

Possessive: “The school is known for its strong faculty and research opportunities.”

Whenever you come across this three-letter word, just ask yourself whether you mean “it is” or not. It is = It’s. Case closed.

THEY VS. HE OR SHE

He or she feels clunky when you don’t know a person’s gender. Many writers try to use they, but that plural pronoun is often grammatically incorrect. According to Hale, if gender is unknown, you have three choices:

“1) Use he or she; 2) Pick he in some instances, she in others; 3) Make the antecedent plural and use they. (Instead of ‘a person must speak his or her mind,’ write ‘people must speak their minds’)”

BETWEEN YOU AND I

Since between is a preposition, it must be followed by an object. The pronoun in this case must be me not I. Between you and me is the correct form, as in:

“Between you and me, this grammar business is a bunch of baloney.”

“Whom will you speak to about this?”

“Who is going to care about that?”

Good is an adjective, which means that it modifies a noun. Good can even be a noun in some cases. Well is an adverb, so it’s able to modify a verb, adjective, or another adverb.

“That’s a really good mural, Charles. You painted it so well. I’m glad to see people doing good in the community.”

“Nonfat milk has fewer calories than whole milk; we should have less soda in our diet than milk.”

“She laid pillows on their bed, and then told him to lie down. After lying down together in bed, they lay awake all night.”

If you remain mindful of your grammar and nix the seven deadly writing sins, then you’ll be able to write and submit essays with a clean conscience.