Should You Write Your Personal Statement While Drunk? 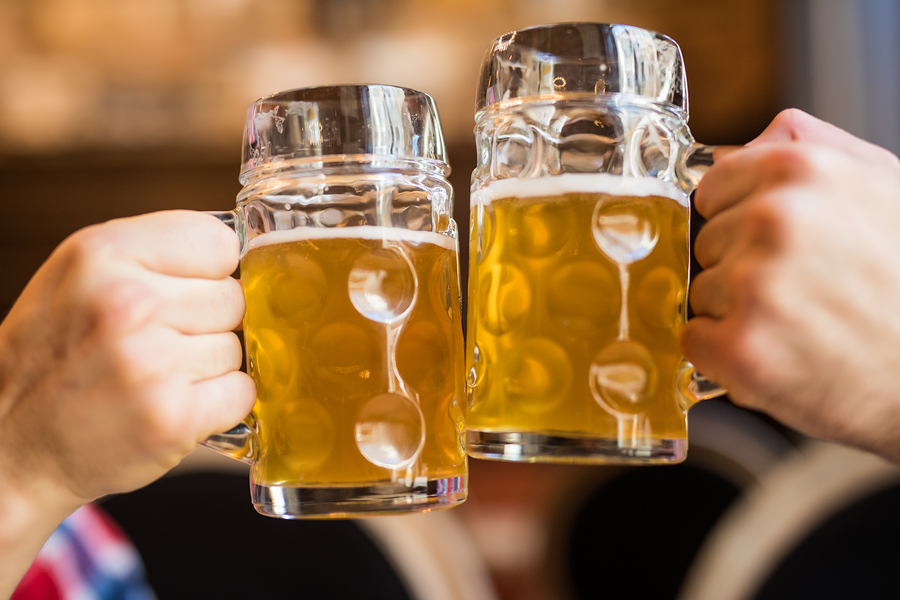 “There was a kindliness about intoxication--that indescribable gloss and glamour, like the memories of ephemeral and faded evenings.” - F. Scott Fitzgerald

Plenty of writers have lauded the effects of alcohol. Some use it to cope with their solitary and thankless job; others use it as a way to lubricate the brain and help ideas flow more freely. It can even be used as a tool while writing your personal statement for medical school.

Does alcohol really help your brain as a writer? According to Medical Daily, drinking alcohol decreases your working memory but does indeed enhance your creative abilities.

What about drugs, like marijuana or LSD? Could these things possibly be useful for something like a personal statement? The Beatles are thought to have gone from good to great after experimenting with hallucinogens, both hard and soft. John Lennon allegedly used LSD 1,000 times between 1965-1970.

According to TIME magazine, the effects of LSD on language can result in a cascade of associations that allow quicker access to far away concepts stored in the mind. Studies have shown that marijuana promotes activity in the frontal lobe by increasing cerebral blood flow. The frontal lobe is partially responsible for creative drive and divergent thinking.

Okay - so writing “Across the Universe” while tripping seems like a fine idea, but shouldn’t you be stone-sober when writing your personal statement for medical school?

Maybe. Maybe not. The goal of this article is not to promote heavy drinking and drug use. The point is to encourage pre-med writers to alter their brain (or at least their mindset) during the essay-writing process.

SHIFT YOUR MINDSET WHILE WRITING YOUR PERSONAL STATEMENT FOR MEDICAL SCHOOL

If you’re old enough, and you enjoy the taste, why not have a glass of wine or a beer while writing that first rough draft of your personal statement? Alcohol is famous for lowering people’s inhibitions, allowing for words to surface through liquid courage. Since self-consciousness and perfectionism are common pre-med problems, alcohol seems like a great way to loosen up.

But if you’re under 21 or not a fan of drinking, no problem. I’ve compiled a list of several other ways to alter your brain to achieve a similar form of mental liberation.

Be warned: some of these options are less healthy than others. Try them at your own risk.

With their busy schedules, many pre-meds will have no problem achieving this mindstate!

Normally, not getting enough sleep sounds like a recipe for disaster. Pre-meds can ill-afford to weaken their immune systems, contract an illness, or jeopardize their performance.

However, despite the drawbacks, sleep deprivation can alter your brain and increase certain kinds of creativity. In a Guardian article about music and the brain, neuroscientists claim that sleep deprivation causes the logical side of your brain to slowly wither away because there's not enough energy to power it; this results in crazy ideas that your brain would normally suppress.

The more days you go without sleeping, the more dramatic the altered state. While sleep deprived, you may encounter strange social interactions, a slowing of cognitive ability, and a distorted sense of self.

One potential strategy is to stick an arm up in the air while trying to sleep. When your body slips out of consciousness, your arm should drop down and wake you enough for you to put your arm back in the air. Ideally, the exercise would end by waking up and writing down some thoughts from your semi-conscious, wandering mind.

Pre-meds, proceed with caution - you don’t want to put yourself into a semi-permanent sleep in the middle of mid-term week. This might be an experiment for Spring Break.

Hypnotized people look like they aren't paying attention, but they’re actually paying hyper-attention. According to studies at The Ohio State University, many areas of the brain come online when a person is put into a hypnotic trance. All the areas that flare to life during hypnosis are also engaged when a person concentrates on mental imagery.

When hypnotized, people can concentrate intensely on self-created imagery (or imagery that’s suggested to them), but they do not place themselves as part of that imagery. They've lost the reminder of their normal activities and judgments, while increasing their ability to think about a whole range of imaginary situations.

For a pre-med, this could be a useful strategy when trying to channel old, forgotten memories of certain setting or events. But make sure you have an assistant who can snap you out of it if necessary!

In a somewhat recent trend, people have begun using isolation tanks as a form of therapy and enlightenment. The process involves lying down in complete darkness within a supersaturated solution of magnesium sulfate — also known as Epsom salts — heated to body temperature.

Some report that “float tanks” can bring about a psychedelic experience. Certain obscure communities promote floating as a way to achieve spiritual awakeness, emotional breakthroughs, and enhanced clarity of mind. Recent research in the Journal of Complementary & Behavioral Medicine suggests that sensory deprivation can reduce the body’s stress response, induce deep relaxation, and quiet mental chatter.

A website, called Flotation Locations, even lets you find a floatation tank near you!

We live in a world where people, including pre-meds, are constantly plugged in and prodded by stimuli. “Floating” could be a great way for pre-meds to meditate, reflect on their motivations, and imagine scenes for their admissions essays.

Pre-meds are usually hungry, both in the literal and figurative sense. They are active and ambitious people who typically need constant fuel.

However, there is evidence that intermittent fasting can be good for your creative mind. Johns Hopkins Magazine reports that the shock of fasting leads the brain to create new cells. As your neurons are encouraged to grow, the brain becomes more resistant to the protein plaques that cause conditions like Alzheimer’s and Parkinson’s:

“Fasting imposes more stress on the cells, but in a good way. There’s an increase in adaptive stress responses when people intermittently fast that is good for maintaining the brain.”

So, there’s a chance that all those skipped lunches while volunteering in the hospital have honed your mental acuity. That’s a nice thought. Intermittent fasting seems like a convenient strategy for people who are constantly on-the-go. You don’t have to fuss with the distraction of delicious food, and you have more time to work! Win-win, right? Right?

Most athletes claim to have experienced this euphoric sensation, often thought to be the result of endorphins that are released during extensive physical activity.

However, Scientific American reports that the brain’s endocannabinoid system--the same one affected by THC in marijuana--may also play a role in producing runner’s high. In short, it seems like running enough is comparable to a marijuana buzz. I’ve already discussed the creative possibilities lingering at the end of a lit doobie, but running seems like a much healthier and productive way to achieve such a mindstate.

For pre-meds, running is probably the most health-conscious and attractive choice on our list. So go ahead and try it out - run until you can’t possibly run anymore, then go home and mash away at your keyboard. Maybe the runner’s high can carry you to the finish line of your personal statement.

If you’re like me, you’re not much of a runner. No worries. There are other healthy ways to achieve mental flexibility.

If you’re a hippie who likes to boogie, then drag that hula hoop out of your closet or garage. Apparently, some doctors claim that when the body produces geometric patterns repeatedly, the brain releases adrenaline and an endorphin rush that sends hoopers into temporary euphoria.

If you’re into inversions, then channel your inner yogi and practice headstands. Since the heart constantly has to pump blood upward to the brain, a headstand gives the heart a rest and reduces strain. In addition, while you’re in a headstand, de-oxygenated blood flows more easily from the extremities to the heart. According to LiveScience.com, upside-down poses like headstands also stimulate lymph to move toxins out of the body.

Hopefully these two strategies won’t make you too dizzy to focus on your writing. These might be effective as quick ways to take a break when you’re stuck with writer’s block and need a boost or change in perspective.

Sometimes you just want to relax and have a good soak. And if you do it correctly, you might reap benefits for your brain.

Allegedly, putting drops of clary sage oil into the tub and submerging yourself can relieve anxiety, tension, and insomnia. Some reports claim that it leads to heaviness in your temples and a sense of lightheadedness, but eventually puts you into a state of deep relaxation. It also seems to impair your motor skills (I would not mix this strategy with your beer or glass of wine!).

This approach to mind-alteration seems most appropriate for pre-meds who feel stressed out about the essay writing and application process. Hopefully your bath will be the revitalization your brain needs to focus and achieve a breakthrough.

While you’re soaking in the tub, you could throw on some headphones and try our last option.

According to the National Library of Medicine, binaural beats utilize a phenomenon that occurs within the brain’s cortex when two different frequencies are presented to each ear. This produces a third phantom beat, whose frequency is equal to the difference of the two presented.

Although the science behind them isn’t sound (pun intended), some users have reported feeling a euphoric high while listening to files of binaural beats.

There are a ton of YouTube videos with different sound clips which produce tones in all of the mental states (except gamma, since binaural beat frequencies cannot be more than 30 Hz apart). The idea is that listening to different clips optimized for different brain states can possibly alter your consciousness.

As stated earlier, proceed with caution! These eight strategies are meant as fun experiments to achieve the same effects that alcohol has had for so many famous writers. Some of these ideas might sound like witchcraft, and others might sound like health hazards, but perhaps one or more of them will be the key that unlocks the vault of your mind. The goal is to loosen up, let go of your self-consciousness, and discover words and ideas for your personal statement you didn’t even know you had.

Best of luck! Comment below if you’ve found other ways to inspire your creative mind!