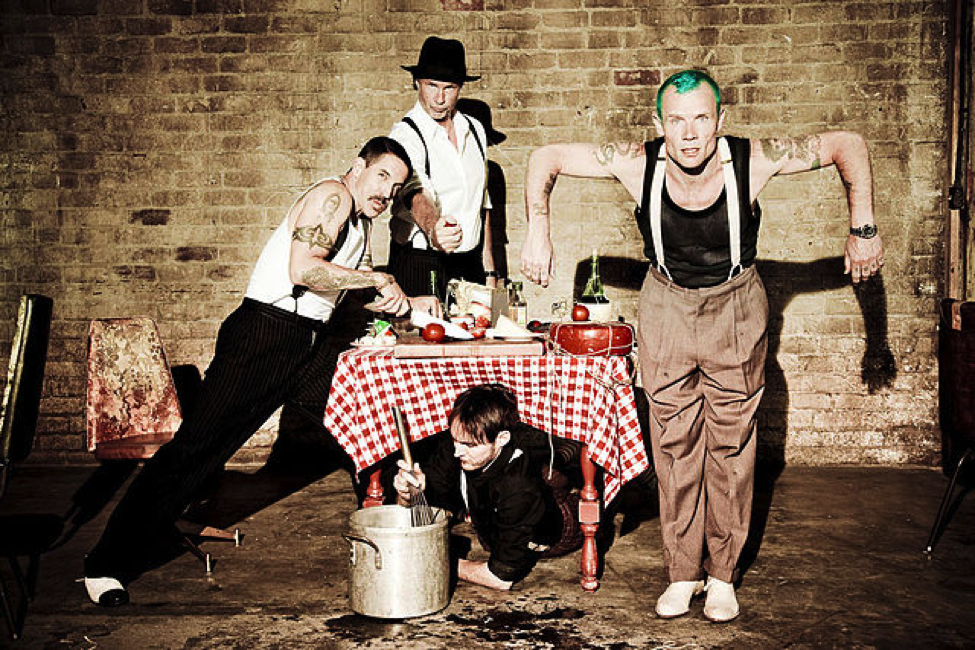 In the late 1980s, Flea and Anthony Kiedis--the two founders of Red Hot Chili Peppers--were having a hard time finding a drummer. The band had already met with some success, releasing three albums, the last of which had climbed to number 148 on the Billboard charts. The original drummer quit after a drug overdose claimed the life of his close friend and lead guitarist. The next two drummers were both fired, one for chemistry and the other because he couldn't stay sober. The Chili Peppers needed a drummer, one who not only could play the drums but would fit with the band.

They auditioned dozens of drummers, most of whom were qualified. When they met Chad Smith, a 6'3" lug, who dressed like he was in a motorcycle gang, the band knew it had found its match. After his audition left the band "in a state of frenzied laughter," he was hired. Together, the Chili Peppers sold 80 million albums (and counting), becoming one of the best-selling bands of all time.

It's not enough to be a good drummer. In this case, Smith literally stood above the rest. He found a way to fit in while also staying true to himself. This is an important lesson for pre-meds: you don’t have to be tall, but you do have to find a way to stand out.

You must also stand out for the right reasons.  Wearing a leather jacket with metal studs to your med school interview would probably make you stand out, but not in a good way.

How do you stand out to show each band of admissions committee members that you belong?

3 WAYS TO BE A RED HOT FIT FOR MEDICAL SCHOOLS

#1 REPHRASE THE “WHY OUR SCHOOL?” PROMPT AS “WHY I CAN HELP YOU”

“I want to attend ABC Medical School because I feel drawn to its unique X, Y, Z opportunities.”

See how generic that sounds? Even with school-specific information plugged in, this will still sound formulaic.

It might seem counterintuitive, but when answering “Why our school,” it’s best to start by establishing YOUR passions and values. The medical schools know what they offer, and why those things are cool, but they don’t know why they’re so relevant to YOU.

Imagine if Chad Smith showed up to his Chili Peppers audition and did nothing but talk about how much he liked Kiedis’s voice and Flea’s funky basslines. At best, he’d sound like everyone else. At worst, he’d sound like he was trying to sweet talk his way into the band. He’d be better off talking about his background in funk, rock, and metal bands and describing what he could add to the Chili Peppers’ existing sound.

It’s a good move to open “Why our school” essays by sharing stories about your accomplishments and experiences, so that you can build a value connection with the school. If the school’s mission involves social justice, open with a story about you aiding underserved clinics in Third World countries. If the school values innovative research, share your experiences with cutting-edge bioengineering or medical technology. Then you’ll be able to show yourself as a true fit--a mutually beneficial match.

Once you establish this value connection, then you can bring up those X, Y, Z things you like about the school. Just make sure they match the story you’ve shared and the value connections you’ve drawn.

#2 FOCUS ON YOUR X-FACTORS

Medical schools are looking for qualified pre-meds who also bring something unique to the table. They only have so many spots, so part of their goal is to diversify the pool of matriculants as much as possible. Some factors, like gender, race, etc., are out of your control, but if you can exhibit your diversity in other ways, you’ll instantly become a more valuable candidate

If all you do is highlight your laundry list of pre-med activities, like volunteering, research, and community service, you won’t leave a dominant impression on them. Depth trumps breadth, so it’s a bad idea to list off a bunch of resume experiences. You don’t want to try to be everything at once and please everybody; instead, make yourself more noteworthy by emphasizing the aspects of your background that are most unique.

Okay, so what do we mean by ‘unique?’ In our experience, here are some things that make pre-meds stand out:

Part of fitting in requires showing what distinct qualities and insights you’ll be able to offer your medical school class. Like Chad Smith, you might have to march to the beat of a different drum in order to be memorable.

#3 PRETEND LIKE YOU’VE ALREADY BEEN ADMITTED TO THE SCHOOL

Who knows what Chad Smith said or did to leave the band in frenzied laughter (musicians are an eccentric bunch). Odds are, he succeeded by pushing past the awkward and overly formal feeling that often accompanies an audition. In other words, he probably didn’t make them laugh by trying to sell himself and boasting about his awards.

During your essays and interviews, your goal is to establish an authentic voice that resonates with the readers/listeners. Hopefully, this makes them so interested that their reading and listening become more than obligatory. You want them to feel engaged by your stories and presentation, so that they’ll be eager to hear more and get to know you better, rather than simply moving onto the next “audition.”

This is no easy task. Writing and public speaking require practice, and pre-meds are not always afforded ample time to hone these skills. But never fear. We’ve written several guides on how to strengthen your writing and communication skills during the application process:

HIGHLY RECOMMENDED: TRAINING TO BE A GOOD WRITER

7 WAYS TO INCREASE YOUR CHANCES OF ACCEPTANCE OVER THE HOLIDAYS

HIGHLY RECOMMENDED: HOW TO STRIKE YOUR “POWER POSE” DURING AN INTERVIEW

Overall, these tips and exercises will make you more well-rounded, relatable, and better at articulating your stories and unique qualities. You want to present the best version of yourself as a Red Hot fit, just like Chad Smith during his Chili Peppers audition.

Hopefully, your relationship with your medical school match will be as thriving and successful as the beloved band from Southern California.