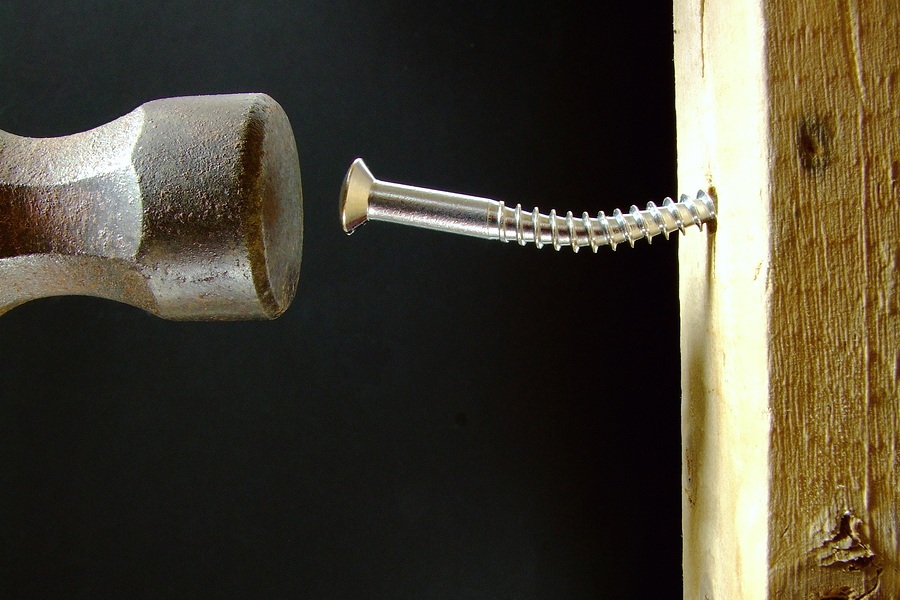 Making a good first impression at your medical school interview is vital, but it’s only half the battle! Just like physicians with their patients, you not only have to instill confidence and trust right away, but maintain those feelings throughout the conversation.

For many people (just ask this introvert!), maintaining “perceived extroversion” and exuding social confidence are mentally exhausting tasks. And when people’s brains feel overloaded or distracted, they have a tendency to become boastful or defensive.

As such, maintaining your positive first impression requires self-regulation. Psychology Today pointed out four pitfalls that can ruin your image.

Let’s examine each in the context of a medical school interview:

1. COMPARE YOURSELF TO OTHERS IN YOUR MEDICAL SCHOOL INTERVIEW

Hubris can emerge in many ways, some more egregious, but there’s one important subtle way it can surface during an interview: “downward social comparison.”

Downward social comparison essentially means elevating oneself by downplaying others:

“I feel like I have a greater sense of compassion than the average candidate based on my extensive exposure to the underserved.”

It’s good to be confident, and you should go to bat for yourself during the interview, but you need to sell yourself without sounding full of yourself.

For one, the interviewers see a lot of applications. Chances are, your exposure and level of compassion are pretty standard among sought-after candidates.

Secondly, even if you are exemplary in that area, the comparative element can come across as self-aggrandizing. This effect can make the listener view your confidence as masked insecurity or resentment towards others.

The fix is to celebrate yourself on your own merits:

“My exposure to the underserved has helped me grow in my compassion as I’ve cared for a variety of disadvantaged patients, like veterans, the homeless, and the elderly.”

2. USE “HUMBLE-BRAGS” IN YOUR MEDICAL SCHOOL INTERVIEW

Like hubris, a humble brag often suffers from a lack of self-awareness. It’s a brag that’s disguised as complaining or humility. You’ve probably seen them on social media: “Just rolled out of bed from a nap and still get hit on? So weird!”

But they also rear their ugly heads during medical school interviews if you’re not careful:

“The nurses told me he was a difficult patient, but he warmed up to me right away. I don’t even know what I did - maybe that’s just the effect I have on people.”

The air of humility (“I don’t even know what I did”) often backfires, because it calls into question the sincerity of the speaker. Perceived insincerity is so critical that humble-bragging is actually worse than simply complaining or bragging.

The humble-brag is meant to mask ulterior motives, but it’s thinly-veiled to a discerning listener. I can just imagine the AdComs’ eyes rolling at such remarks.

The fix is to be more outward thinking and objective:

“I could definitely understand why the staff considered him difficult, but I did my best to be patient and show my investment, and that seemed to calm him down. He even offered me a quick ‘thank you’ on my way out.”

3. SEND OFF MIXED MESSAGES IN YOUR MEDICAL SCHOOL INTERVIEW

Politicians are perhaps the most notorious offenders in terms of hypocrisy, flip-flopping, and mixed messages, and they certainly love to accuse their opponents of such.

The idea here is to not claim a false image or create contradicting narratives. Even though you’re just “talking the talk” in the interview, what you say can reveal whether you actually “walk the walk” in real life.

Even if you’ve been granted an interview, schools are still looking for a reason NOT to pick you. Sending mixed messages is a surefire way to raise red flags.

For example, let’s say you’ve written extensively about research and shadowing urban specialists in your primary application, but then decide to focus on your one smaller primary care experience in rural communities to connect to a school’s mission in the interview.

This tactic, especially during an open file interview, will do more harm than good. You might even see the interviewers furrowing brows and scratching their heads. If it’s closed file, you’ll still likely be outed as a rural fraud through their follow-up questions.

I don’t view the AdComs as sleuths, and I don’t think they give hyper-scrutiny to your application, timeline, etc. But certain things will raise eyebrows - like “disadvantaged” students discussing extensive travels in Europe during their gap years - or someone who claims the system needs more free clinics, without having volunteered at one.

Once hypocrisy comes to light, even if small in scale, it can completely undermine your credibility for the rest of the interview.

The fix is to avoid hedging in order to play things safe or appeal to everyone. You can be pre-med while still being yourself. Whatever your story is, it’s best to stick to it. There’s such a thing as too honest, but it’s still the best policy for a reason.

4. GIVE BACKHANDED COMPLIMENTS IN YOUR MEDICAL SCHOOL INTERVIEW

Like a lot of things in rhetoric, backhanded compliments range from incredibly obvious to subtly coded.

Incredibly obvious: “A 97%? Wow. I really didn’t expect you to do so well in that class!”

But it’s easy for them to slip into conversation in less overtly offensive ways:

“I was not expecting a medical school in the Midwest to have so much diversity! It’s really amazing.”

“For a newer medical school that’s only been around for a few years, you really have great connections with the local community.”

On the surface, these could appear quite flattering. In other words, the school is exceeding expectations. But that also implies that there was a lower bar in the first place, and that the school is only distinguishing itself in spite of itself.

In some twisted logic, this could be viewed as a “power-play,” where the speaker is making some indirect bid for superiority to the listener.

But, if it’s not obvious already, the medical school has all the power here.

The fix is to turn the backhanded aspect into an overt positive:

“I love that your Midwestern culture and location will offer me a new form of diversity and patient demographic.”

“It’d be exciting to attend a newer medical school where I could be a part of teams that pioneer new programs and projects.”

If you’re a rhetoric nerd like me, check out my other articles about how to discuss your weaknesses and how to make your answers more interesting.

As illustrated in our discussion of both verbals and nonverbals, how you say something can be even more important than what you say.

Was this advice helpful? Leave me questions in the comments and I’ll respond personally. Best of luck with your interview prep!