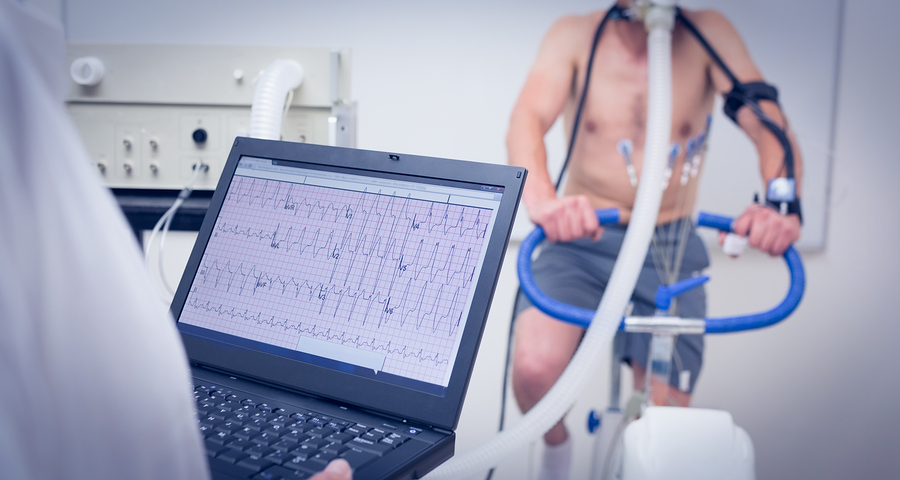 Medical schools have just announced a new test to measure a student's physical fitness.  The test, aptly named the Fitness Assessment and Kinesiology Exam (FAKE), will be administered starting immediately for the 2018-19 application cycle.

Stately Standards (SS), the creator of the FAKE, argues that this exam will complete the holistic admissions process by measuring not just the intellectual potential of each candidate but the physical potential as well. "Everybody knows doctors have to be smart and hardworking to make it through college and the MCAT. But what about their physical fitness? Nobody wants a fat doctor."

The exam will be a crossfit-style workout, but precise details are not released until the day of the test in order to prevent applicants from preparing for the exam. A company spokesperson said, "If they don't know what's on the FAKE, they'd have to go to the gym every day to improve their scores. What pre-med has time for that?"

The results of the data will be self-reported online, and applicants will be required to turn on their web cameras while completing the exercise. When probed about whether the self-reporting would leave the test open to cheating, the SS reminded test-takers that they are watching them. "Our company has access to your entire application, including your elementary school report cards. If your performance dramatically exceeds your rope climbs from gym class in 6th grade, we'll know that it wasn't you."

The new FAKE exam adds to a growing array of tests that applicants face, from the midterms and finals in their science courses to the MCAT, the USMLE, and the CASPer. The test's creator, Dr. Sue Do Science, first used the test when she served on the admissions committee at her own medical school. "Even though we had access to a candidate's academic and personal accomplishments, I thought 'this system of deciding based on a student’s hard work and academic merit is far too fair.’ What we needed was an arbitrary score with no basis in scientific literature to help screen students out. Thus was born the FAKE."

An early version of the FAKE tested two pre-meds at a time, each doing the workout side-by-side. But that version was scrapped after the Beta testers - who were repeatedly told that this was just practice - kept knocking each other over and making passive-aggressive comments.

The SS is a privately held company formed to take advantage of the immense profitability of a computer-based test that doesn't even have to pay proctors to administer it. The test will cost $495 to take and $29.99 to send to each medical school that a student is applying to. The CEO of the SS, Bill $ Moneymaker, argued that the increased costs for applicants were a good thing.

Though most medical schools already require a headshot to determine whether students are attractive enough to be doctors, this new exam seeks to provide scientific proof of their genetic fitness. The SS Company Headquarters is decorated with dozens of posters of the Ideal Doctor, complete with pictures of strapping young men with blue eyes and blonde hair, the epitome of health and fitness. A banner with the company’s motto, “No Fatties” hangs overhead.

One unique feature of the test is that applicants are not told their score, which is released privately only to medical schools. "It's hard for me not to know my grade," said Steve Angst, an applicant to medical school this year. "I mean, if I don't know my score, how will I know how to exaggerate what I got on SDN?"

When asked what the admissions graders look for when reviewing applicants’ videos, Dr. Sue Do Science declined to answer. "Our grading formula is proprietary. If you went to the doctor to get cancer tests, you wouldn't expect them to give you the results, would you?"

The company plans to release other tests in the near future. "We're working on a test of neurosis, since our research indicates that the most successful medical students are the ones with a deep insecurity about their own abilities."

Note: The above article is satire. Though med schools continue to add hoops for applicants to jump through, a physical fitness test - so far - is not one of them.